I know, late to the party, but I don’t go to the theaters much anymore for movies. Part of it political; The MPAA is run by former Connecticut Senator Chris Dodd. Another is movie ticket prices are frankly stupid in this day and age. While I realize the theater experience is not the same as the home living room experience, I’d rather sit on my comfy couch with my wife and snacks that don’t cost me a thousand dollars than two seats with a couple hundred strangers who can’t be bothered to shut their bright cellphone screens off for less than two hours.

Putting that aside, when it comes to Disney movies, I am fairly proficient in most of their works. I wouldn’t say I am master-level as some, but I was alive and well, and armed with the VHS tapes of the “Renaissance” era in the 1990s, with films like The Little Mermaid, Beauty and the Beast, The Lion King, and more. What ultimately drove me away from Disney by the end of that decade was the countless straight-to-VHS sequels that were watered down and devoid of soul, alongside the emergence of clearly-superior and visually stunning Pixar films. Pixar did what Disney could not by the end of the 1990s, and that was re-innovate animation, and tell stories. Disney Animation Studios was pretty much a sad, sorry excuse for what was the de-facto animation standard in the United States. Disney had no choice but to rely on Pixar films and Miyazaki imports from Japan to float through most of the 2000s. That is, until Pixar’s John Lasseter saved Disney, and he saved it doing what should have been done after Pixar’s first film, and that was marry CGI to traditional animation, something Disney heavily resisted like they resist anything in their ownership expiring in copyright.

Frozen is DAS’ fifty-third film, and fourth feature film of this decade, including The Princess and the Frog, and excluding Winnie the Pooh, as I am pretty much targeting the Lasseter era here. It’s a film based on a fairy tale, so that’s a promising return to the Disney we know and love. The basic premise is two sisters, princesses to a sea port kingdom, enjoy their time together, but one of the girls, white-haired Elsa, has special powers that allow her to create ice and snow at-will. After injuring her sister Anna as children, requiring the help of forest-dwelling Trolls to heal her by removing her memories of the powers, the girls grow up isolated from each other, culminated in their parents’ accidental death at sea, and the coronation of Elsa as queen as young adults. An argument over Anna’s wish to marry a young prince she just met causes Elsa’s powers to go out of control, bringing ice, snow, and freezing temperatures to the otherwise warm and summer climate, causing widespread panic and chaos. Elsa flees into the mountains to escape harm, but Anna follows to try to save her, meeting Kristoff, a ice tradesman, who together embark on the journey to find Elsa and save the town.

Having read the premise of the original fairy tale, it’s no surprise that the Disney take on it would omit most of the more violent parts of the story. The decision to change the childhood friends story to princess sisters is a classic Disney move, adding not one but two potential male love interests, but only for one of the girls. Elsa unfortunately shoulders the burden of being the center of the story, but by being the main antagonist throughout most of it. The opening of the movie showing men hauling ice bricks, with a young Kristoff helping, served no real purpose to the rest of the film aside from establish his character. Why would he even be around a non-winter town if his job was hauling ice? The rest of the opening focuses on the girls, the accident, and the accelerated time-lapse (in song, of course) growing up establishing Elsa’s forced isolation from Anna and the family due to her powers. What isn’t explained, was where the powers came from, and why the Trolls knew of the power, or at least knew enough to be able to effect some help to Anna as a child. The original tale plays out more like the premise from The Lion, The Witch, and The Wardrobe, so Disney went a different direction with the foreshadowed “frozen heart” early in the film, realized later on when she accidentally nails Anna in the chest. This sets up the final quarter of the film dealing with resolving Anna’s condition, while saving Elsa, while saving the kingdom. The TWIST comes in the form of Prince Hans using both girls as a ploy to become the kingdom’s ruler, but the DOUBLE TWIST comes in the form of “true love” being between the sisters, and not Anna and Kristoff. Talk about getting blue-balled and friend-zonned.

Taken as a whole, Frozen is a wonderful film, and it really does hark back to the “Renaissance” that was Disney’s formative years. Fairy tales were always their bread-and-butter, and executed well, has always paid off for them. But their musical accompaniment was what made those films critical successes. I am not certain that was executed well in this film. Apart from the over-played and over-shared “Let It Go” track a little under halfway in to the film, the rest of the musical numbers felt haphazardly placed in parts that didn’t really need it. I would have probably kept that and “Do You Want to Build a Snowman?” from early in the film and maybe one of the mid-to-late numbers and probably called it there. I’m not really a fan of the de-facto Disney standard of BREAKING OUT INTO A SONG every five minutes, but I do appreciate it being woven in to a good story. I don’t think the story called for a song as often as it did. A lot of the story felt out-of-place in small sections. The funny thing is, I don’t actually believe anything should be cut from the film, to the contrary, I felt like 15-20 minutes could have been added to the film, exploring the origin of the powers, or the origin of the Trolls and their abilities, and spend a little more time on Elsa’s time in the Ice Castle. Some of these things I felt were missing to the overall story, and would have helped fill in some of the gaps to really pull together a more solid experience. But considering this is Disney, they probably did this on purpose in order to leave open either a sequel, or television stories to further expand on the universe. The former? Please no. The latter? Sure. But I probably won’t watch it, and I do not believe it is a viable marketing strategy. Japanese anime does this quite often, and it infuriates me. Viewers should never have a proper story locked behind “pay walls” requiring you to buy the BD/DVDs or read the books to understand. I like Evangelion Rebuild, but the only reason it exists is because GAINAX couldn’t do it right the first time, or the second, or the third.

Story aside, the animation was just what I expected from Lasseter’s studio, building upon that which made previous films in this decade a success. I will always enjoy Disney’s classic animation style, but CGI done properly can be a great thing, and I come at that from my background in watching anime as well. Japanese animators also have been trying to marry traditional animation to CGI, but often it has produced some disastrous results, because they seem to forget that their animation style does not translate to three-dimensional CGI as well as American animation does, precisely because American animation does not place an emphasis on facial features. The faces in Frozen are not much different from Wreck-It Ralph, Tangled, or Pixar’s Brave, wide faces, big round feature-less jaws for guys, and petite frames for girls. I would have liked to see a little more variation in that formula, because I feel it’s Disney’s job as a master-class animation studio to constantly re-invent themselves if they want to remain relevant, not just tread water with the same formulas. Lasseter brought new life to an otherwise dead husk relying on Pixar’s scraps, a company that re-invents itself with almost every new movie. I’d hope he brings some of that passion back to DAS to allow it to really run with the horns.

So overall, while I enjoyed the movie, it felt like it needed a push every so often, and once executed, it got back going again and turned out a great movie. Had it been me, I would have, as mentioned before, added the origin of the powers to the story, and maybe altered the ending a bit to allow for Anna to pick up her own powers that naturally compliment or oppose Elsa’s, say fire to ice, or something representative of their land. It would have made their bond shine much brighter in the end, and validated that bond for the years of hardship endured up to that point. The little things. 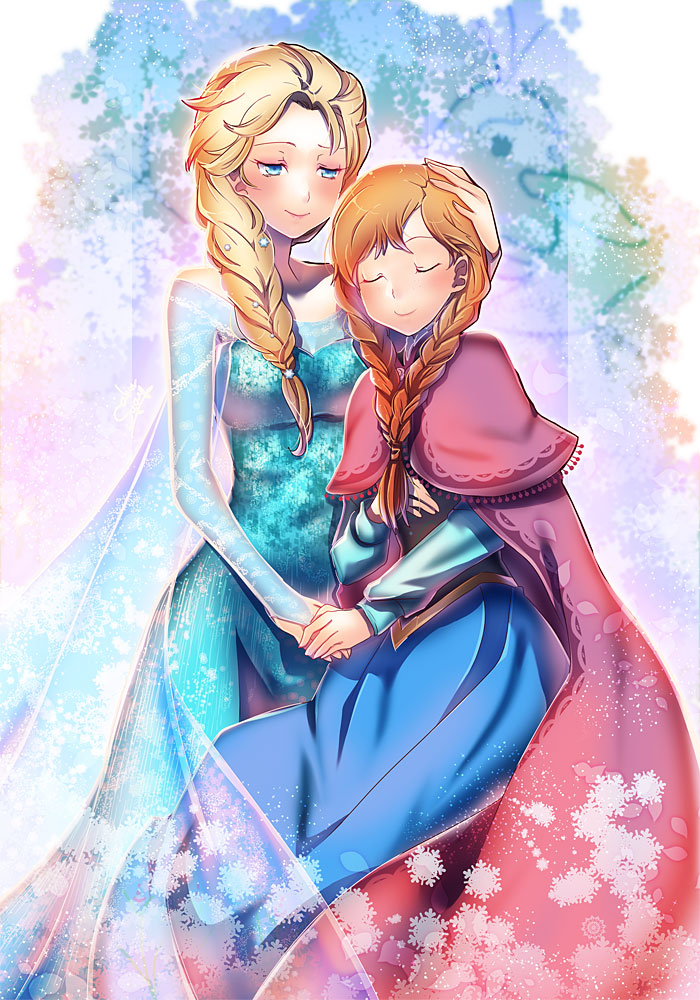 This entry was posted in Originals and tagged Entertainment. Bookmark the permalink.