With July 4th mid-week this year, I was able to score a mini-vacation by taking the two days before off, giving me a little reprieve from work if only for a little bit. Not that I don’t enjoy banging my head against repetitive issues and SQL queries, but where most people drown their sorrows in whiskey and tears, I have to settle for Arizona Iced Tea/Lemonade and 4chan /h/. Don’t judge.

Last night we had a chance to go out to the movies for the first time in awhile to see Pixar’s new movie Brave. For being Pixar’s first “fairy tale” movie, it was very well done, and probably one of their best movies to date. Typically I prefer not to go to theaters because they’re expensive, 3D is a gimmick and a joke, and I’m in protest of Chris Dodd being the head of the MPAA. We ended up seeing this in 2D, which was fine for me really. Pixar films are just as good in 2D as anything, and really I’d probably have preferred it that way. The film was about a kingdom set in 10th century Scotland, and the detail they put into it really made the overall tone of the film. Even the lead character, Princess Merida, was voiced by Scottish actress Kelly Macdonald, the first female lead for a Pixar film, but even the rest of the cast is voiced by Scottish or British actors and actresses, with the exception of John Ratzenberger who has a voice in every Pixar film as a good luck charm. It really gave it a very authentic feel and told an excellent story, even if it was a little predictable at times. They also included a credit tribute to Steve Jobs in the closing credits, which was nice considering he played a pivotal role in Pixar’s creation.

Besides that, the weekend has been spent mostly doing nothing. I picked up Super Mario World again and beat it from start to finish with every goal in about 4 hours collectively. I’m kind of interested to see how fast I could do it in a full run, possibly a task for Tuesday if I care. It remains my favorite Mario game to date, even with the 3D games. Even given its age, it has aged fairly well, a testament to Nintendo’s ability to make lasting first-party titles I suppose. It’s a shame a lot of their third-party titles don’t share the same fates.

Otherwise I’ve been catching up on anime I missed during Mario Marathon and trying to get the other blog updated, and we traveled down south today to pick up engagement photos and sign the contract for the wedding photography. It’s still under a year away, but that time is going to melt before I know it, and while most of the time I don’t display it, I’m always a bit nervous about how everything will go down. I imagine in the end, the day of, it will happen and fly by so fast that all that buildup seems silly, but as the time gets closer, I wonder how different I will feel about it. It’s a pretty big step, and we all know how retarded I am about big steps. 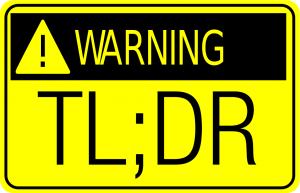 Lately I’ve been dealing with the usual inner demons I’ve dealt with most of my life, having to deal with people and their changing emotions, personalities, and perceptions towards me. I’m not very good at reading into people’s perceptions more that I am best at reading into their actions and reactions, which I base 90% of my judgements and subsequent reactions on. So it can be troubling when someone reacts differently than I’ve come to expect them to, and it often frustrates me greatly. I work on predictability and static values, when things change, especially constantly change, it frustrates me because I have to change with it. I suppose in a way that makes me a creature of habit. I wake up, get dressed, go to work, come home, and sleep. I place my keys, wallet, watch, and things in the same place, my bag in the same place, I keep everything in certain places, arranged in certain orders, I even follow certain routines at work when I get in in the morning. It makes me wonder if I have real OCD and not the fake kind I joke about, or some kind of mild form of Autism. Oddly enough though, I’ve read about Autism and related articles many times, and while I can pick and pull pieces from them and say I fit the mold, I would not know if I am actually autistic. I don’t believe I am, because going by much of what is written, I don’t have most of the difficulties explained, but I have many of the same difficulties that they do when it comes to interpretation of non-literal language, social communication, and lack of empathy for others. But I tend to view my difficulties less related to something like autism and more related to many years of simply shutting myself away from being able to effectively cope with difficulty itself.

It’s not like I had a particularly traumatizing childhood or school years, but I chose to engage in interests that my parents didn’t really approve of, and I think that played the majority part really. I played sports and outside with friends often, but I much preferred to play inside with my toys or play video games and the computer. In school I had friends and did things, but I always tended to keep to myself and entertain myself while I was supposed to be working. But moving schools so often over the next five years proved to be troublesome for me, because in each new place I had to start all over again. In some respects it was a good thing, it meant any demons I had would be forgotten, but it also meant leaving behind friends I would have otherwise spent my high school years with. I made some new friends, had some good times, the teenage years complicated things as they would any teenager, and I found my share of love and lost, but I wasn’t a social butterfly. I still kept to myself whenever possible, because no one liked a nerd. Connecticut was probably the harshest climate of them all, because unfortunately the people in Glastonbury judge you pretty much on your financial and social status. Being the kid from Indiana, I did not place well on the first day, and continued to trail behind all three years there. I made a few friends and found my place, but I never rose the ladder, and never tried to be anything I wasn’t. TL;DR I’ve never reached higher than I knew I could go, but I never settled for the lowest rung. 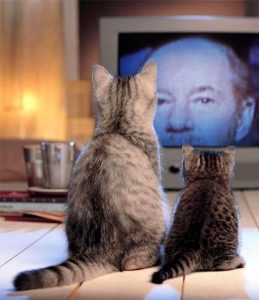 But outside of high school is different. People often talk about high school being their best years. They were not my best years. In fact, all of school weren’t really my best years. School is a place that makes you conform to a social standard on purpose, and offers you no way out until you graduate. But manipulating your status can be easy or hard depending on factors outside and in. Had I been able to leverage the power of the internet, Facebook, Twitter, and other resources during my high school years, I am convinced it might’ve been different, and I might’ve found it easier to communicate socially, but it still wouldn’t mean much outside of those boundaries. The real world is a shitty place populated by shitty people who are selfish and self-satisfying, existing only to accumulate for themselves and only share among their immediate dependents. The social structure you learn to play by in school is gone, and it’s up to you to provide for yourself. I’ve had a difficult time doing this, because I simply don’t trust other people. I’ve built walls all of my life to keep people away from me, so that I don’t have to deal with them. Early on in life I would be screamed at, scolded, or otherwise put on trial, sometimes justified, others not. I wasn’t given a chance to speak my side, or defend myself. What my parents, or grandparents, or someone else said was final. There was no discussion. I eventually would just be yelled without anything in return. No words, no emotions, no excuses. I learned to mask my emotions towards people and simply bow my head and do what I was told. But I was never right with it, I seethed with a lot of rage, and when it spilled over, it would cause fights I could not control.

I’ve been continuing to procrastinate seeing a therapist, or a psychologist, or whomever about this. Mainly because I don’t know if it would help. A lot of my problems are my own, they are the product of my manipulation and short-slightness over many, many years. They’ve had some help, sure, but they’re still my own problems and their primary cause is me being unwilling to face them head-on. Problem is I do not know how one would face these sort of issues head-on. I’m often told “just do this” or “just do that”, “make friends” “speak to people” “make eye contact” but is this really helping me, or helping someone else by changing their perception of me? To be honest, I don’t really care what people think of me all that much. I’m the type of person who ranks actions above emotions, if you’re someone who does good deeds and is generally reliable, you can be an asshole and I’ll still respect you, where you could be the nicest person and be an unreliable lazy sack of shit and I will not work with you. As cold as it sounds, I don’t really form connections with people anymore, nor do I want friends. I’m friendly and considerate because that is what society deems socially acceptable, but I don’t go out of my way to force myself into someone’s life. If people choose to include me in things, I do go, I try to have fun, but I don’t seek anything from anyone. I guess that makes me selfish and terribly one-sided in a way, but my defensive protocol was designed from over a decade and a half of being suckered into bad times by people who were only interested in me for my abilities, skills, physical goods, or simply to be their emotional punching bag. I just ain’t that kind of guy.

In the end, I only need and want the validation of one person in my life, and that is the woman I’m marrying. In the future, that will likely extend to my kids. It’s my hope that as they grow up, I’ll be able to give them something better than I’ve experienced, and I think I can pave that road simply by stopping and listening to them. Even if they are wrong, or think they know everything, because they will, I want to have no perceptions or expectations of them based on emotional factors, I want to let their actions speak for themselves, for them to find a path in life they want to work for and enjoy. I will of course strive not to let them do anything stupid before they at least get to 21, but it is not my place as a human being to inhibit another human being’s progress, and that includes a child. After all, my imagination and my dreams were what kept me going in all of my darkest hours, and kept me from doing things no one should ever do. 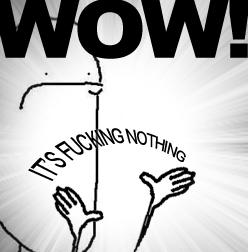 This entry was posted in Blog Dot and tagged People Things, Personal Reflections. Bookmark the permalink.

One Response to I Don’t Want Your Damn Lemons